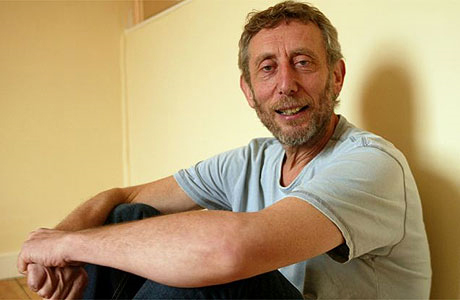 2008 was the 60th birthday of the NHS. As part of the celebrations, the NHS commissioned Michael Rosen, still then the official Children’s Poet Laureate, to write a poem. His “These are the Hands” is meant to be for children but is appreciated by all age-groups. With its subject a health service that’s for everyone, here is a poem that’s for everyone too.

This year, Michael has enthusiastically agreed to his poem being placed under “Poems for…” colours and published on this website, available for downloading. In future it will simply join the “Poems for…Waiting” collection – to be downloaded along with all the other poems. For now you can download it from the link above simply by opening it, saving it to your own computer and then printing it.

But then we had another idea. Everyone sits in the waiting room. As we all come together to watch sport, and to shop for the week’s food, so at some point we all come together to wait for the doctor. Therefore, all ages, all races, all nationalities can find common ground in Michael Rosen‘s poem. So let’s place it in other languages, so that it is not just celebrating the NHS, but our own immense variety and common human fragility. Michael was enthusiastic about that idea too.

The poem has already been translated by the distinguished Punjabi poet Amarjit Chandan. You can read the Punjabi version here.

We hope soon to have versions of the poem in Somali, Arabic and Hebrew.